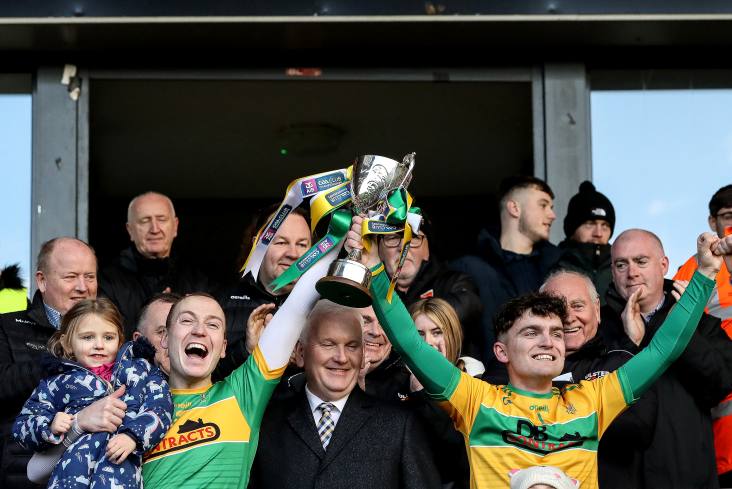 The Cuchulainns club banished the ghost of previous defeats to the Derry giants with a 2-12 to 0-16 victory at Armagh’s Athletic Grounds.

Speaking to BBC Sport NI afterwards, skipper Shiels admitted that Slaughtneil had been a team that lived in their heads for the past half decade as a result of previous provincial losses to them.

"That was special today," he stated after having lifted the Four Seasons Cup on his club’s behalf.

"Everyone talks about Slaughtneil but we have to respect the Antrim championship, which is a dog-fight, and we only get to concentrate on Slaughtneil three of four weeks a year.

"The truth be told, though, they have lived in our heads for the last five years and that is just being honest.

"They are an incredible team and will be back, no doubt. We have to do our bit to get back again but we want to go on and represent Ulster the best we can."