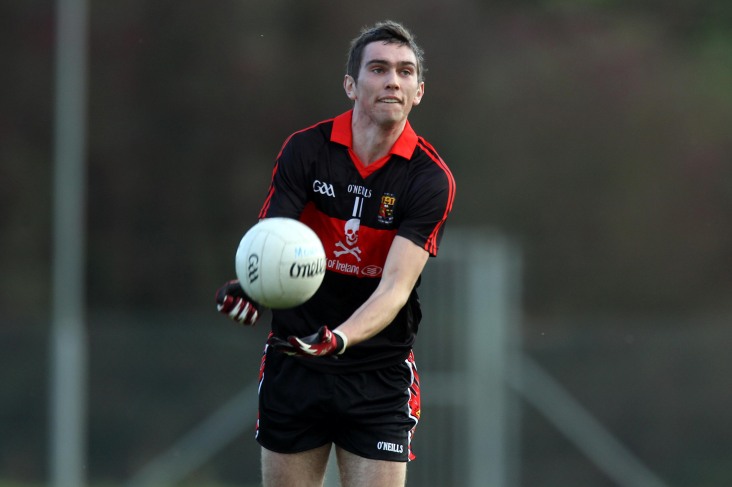 Its certainly been weekend to remember for Ballygiblin ace Shane Beston.

After marrying his fiancée Emma Coughlan yesterday (Saturday), Beston scored a hat-trick of goals in the first-half for the Cork champions this afternoon as they defeated St Kieran’s of Limerick to land them Munster club junior hurling championship title.

The wing forward was in red-hot form in Mallow, firing in his first goal in the 12th minute and his second five minutes later before completing the hat-trick in first-half injury-time after pouncing on Cathail O’Mahony’s point effort which fell down off the post.

Ballygiblin kicked on for a 3-12 to 0-9 victory over their Treaty counterparts in the end, with Beston (3-3) and Jamie O’Sullivan (0-9) their two scorers over the hour as they stormed to the title, leaving them up against either Commercials (Dublin) or Horeswood (Wexford) in the All-Ireland club JFC semi-finals in two weeks’ time.

Goal! @Ballygiblingaa's Shane Beston on hand with the finish.

The Limerick side have work to do.

Shane Beston in the right place at the right time as he completes a first half hat-trick.