"It's no good getting there unless you win" 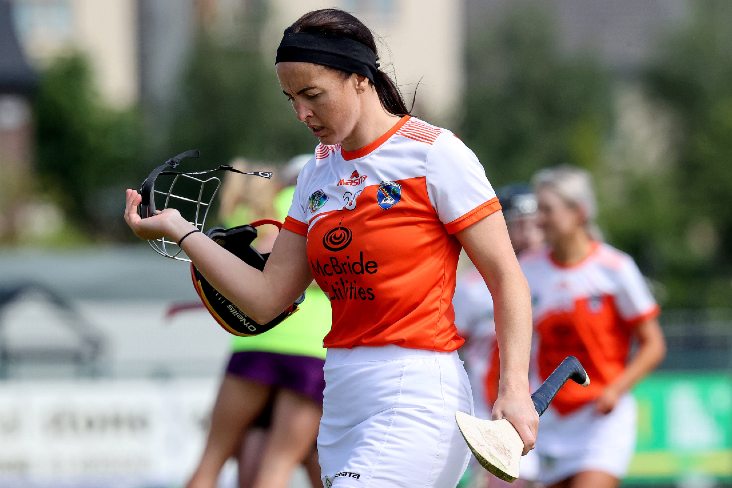 Covid deniers would want to take a wide berth around Bernie Murray. The Cullyhanna camóg contracted the virus herself but escaped without too much drama, apart from the usual lethargy and an apparent aggravation of disc issues in her back.

Of far more concern was the serious threat to her parents Elizabeth and Aloysuis, who both spent Christmas Day in hospital.

And tragically, just a fortnight ago, Elizabeth’s brother Patrick died, having contracted the coronavirus.

The good news is that Elizabeth and Aloysuis will both be at Croke Park to cheer on their daughter in Sunday’s All-Ireland Premier Junior Camogie Final (Live RTÉ 2 – 12pm), as Armagh bid to make it a second consecutive title, against Wexford.

“I got Covid at Christmas,” Murray relates. “I was just tired. I had been doing recovery for my back and I think it affected it again but it was my parents it really affected the most because they were both in hospital for Christmas Day. Mam was in for six weeks and Daddy was in as well. That was a shit thing. All the family got it around that time.

“Mam’s still on oxygen but she’s going to make the final anyway. She’s made it to most of the games.”

Camogie has proven a tremendous balm and distraction and having won last season when there were no second teams involved due to Covid restrictions, Armagh have proven their mettle in making the decider once more.

“Yeah, but it’s no good getting there unless you win. We know from the last time in Croke Park against Carlow (in 2016), it was pretty rough coming off and getting beaten and we don’t want that to happen again. I think we’ve a point to prove.”

Murray has been out of the country for most of the intervening period, the teacher taking the opportunity to sample a different culture, while using a familiar one to settle in quickly.

“I went over to Doha initially for work. I had a job here but I said I’d go over and see what it was like but I ended up staying three years. Ciara Donnelly went over the year after me so we were living together then and we both came home in June of last year for good.

“I was teaching in a British curriculum school. So was Ciara. I was teaching PE through English. There were lot of children of different nationalities, a lot of ex-pats, some Arabs though not too many.

“In my school we weren’t teaching GAA obviously but we were doing all the rest of the sports. But Doha had Gaelic football and camogie teams, so I played for Qatar GAA for the three years. It was a good experience, and definitely worthwhile.”

Donnelly was critical to Armagh’s success at the end of 2020 and has been a driving force again this term as captain, but Murray only returned to the fold for the championship.

Manager, Mattie Lennon was willing to wait for the 36-year-old, and there has been plenty evidence why. The class of a player named Armagh’s player of the decade for the noughties – yes, you read that correctly – remains.

“To be honest, I hadn’t the appetite to go back (initially). Then I was injured and the competition wasn’t the same (without the second teams), so I didn’t really want to go. This year, Mattie rang me to come on, so I said I’d go down and see what it was like. A couple of us elder ones came back and the set-up’s been really good. So I was happy enough and enjoying it and that’s the most important thing.”

Wexford are strong opposition, having been relegated from intermediate two years ago and not been given a shot at returning last season. They have gotten the better of Armagh three times so far this year in League and Championship, including the Division 3 League decider, but never by enough to suggest the result couldn’t be different this time around.

“Their midfield is quite strong and Chloe Cashe is quite good from frees as well. All-round they’re quite good. A good few of those players came down from intermediate so that’s to be expected.

“But we only need to beat them once and this is the one that counts.”

As for whether or not there may be a future in the orange jersey after Sunday, it sounds like the result will determine that.

“Collette (McSorley, the national Young Player of the Year in 2005) was saying she has a one-year plan! We were all laughing. But if we win, or should I say when we win, I’d love to play intermediate, but sure you just have to see how it goes.

“We’re buzzing. We’ve nearly 45 in training. The set-up is really good, we’re well looked after by Mattie and the backroom team. We just…”

A momentary pause follows, for emphasis