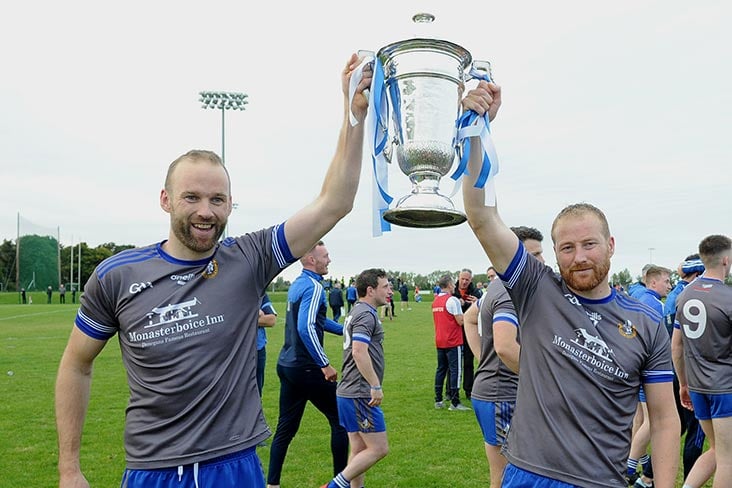 Naomh Mairtin made history at Darver on Sunday evening when they secured a first ever Senior Championship title with a four-point victory over St Marys.

The Mairtins were the more clinical over the hour with Sam Mulroy leading the way with nine points, while Conor Whelan’s goal in the third quarter was also vital. At the other end of the pitch, Craig Lynch also played a prominent part with four vital saves, including a first half penalty.

While it was a memorable day for all connected with the Monasterboice club, few will have enjoyed it more that veteran JP Rooney who finally got his hands on the Joe Ward Cup to earn his reward for years of service to both club and county.

The first half proved to be a cagey affair and despite its low-scoring nature it proved to be an absorbing contest with both sides keen not to give too much away.

The Ardee men had the better of the first quarter but despite early chances, it was Nh Mairtin who opened the scoring after six minutes only for a Conor Gillespie to tie things up from a free.

On 13 minutes John Clutterbuck had the first sight of goal only to see his effort go wide, and it got worse for his side as straight from the kick-out St Marys took the lead through Kian Moran.

Tom Gray levelled just before the water break but his side suffered a double blown as Stephen Campbell picked up a black card while captain Mick Fanning was forced off through injury.

Points from Val Leddy and Sam Mulroy either side of a Tom Jackson score had the Mairtins 0-4 to 0-3 ahead before Conor Gillespie earned a penalty after being fouled by Craig Lynch but the Louth man redeemed himself when he saved Kian Moran’s kick before the follow-up effort was poked wide.

Ciaran Keenan then had an effort well saved by Lynch before the Jocks finished the half on top with two points from Mulroy to go in at the break with a 0-6 to 0-3 lead.

As the Ardee men failed to find their rhythm at the start of the third quarter, the Mairtins continued their momentum and they made their opponents pay when Conor Whelan and Mulroy added points before Whelan fired in a goal on 39 minutes to make it 1-8 to 0-4.

Substitutes Paudy Clarke and Mark Fay were on target for the Marys but with Mulroy in sublime kicking form, the Maritins maintained the seven point advantage at 1-11 to 0-7 with less than five minutes to play. 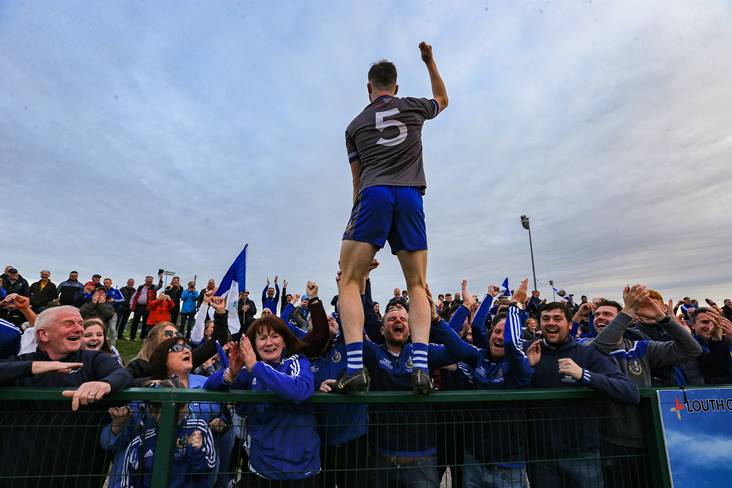 Credit to the Ardee men who refused to give up and pulled a point back through Tom Jackson for Ciaran Keenan earned a second penalty and Liam Jackson stroked home to cut the gap to two points as the game moved into injury time.

While the Jocks supporters were understandably a bit nervous, Mulroy once again stood up when it mattered most and eased those nerves with the last two points of the game to seal the historic win for his side.

As the Ardee men failed to find their rhythm at the start of the third quarter, the Mairtins continued their momentum and they made their opponents pay when Conor Whelan added two points before firing in a goal on 39 minutes to make it 1-8 to 0-4.