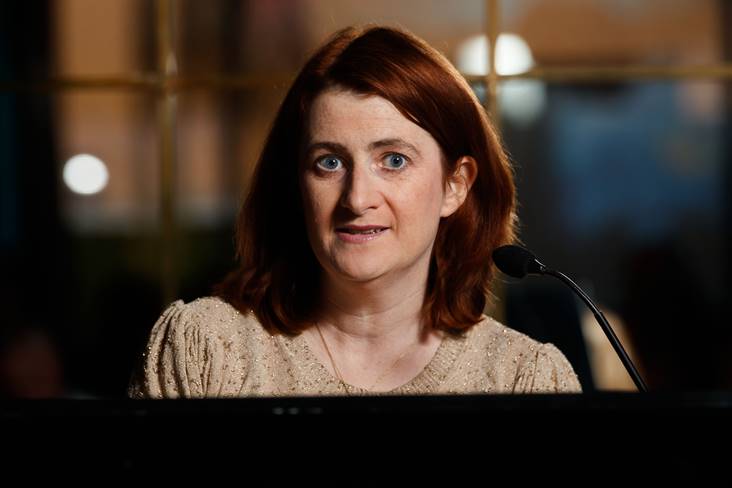 The Camogie Association has decided to begin the 2021 campaign with the Littlewoods National Leagues on 15 May before switching to the AIB Club Championships and then finishing off with the All-Ireland Inter County Championships in their efforts to provide "as much camogie to as many girls as possible in the remaining eight months of the year".

Statement by the Camogie Association

Following the Irish Government's announcements relating to easing of restrictions across the 26 counties on Thursday 29th April, along with earlier changes to restrictions announced in the 6 counties, the Camogie Association Ard Chomhairle met to consider the optimal approach to fixtures for the remainder of 2021.

Having lost 4 months from the normal playing calendar due to covid restrictions in both jurisdictions, the priority for the association was confirmed as “providing as much camogie to as many girls as possible in the remaining 8 months of the year”. This mirrors the approach taken in 2020 – participation is a priority for the Camogie Association.

The Ard Chomhairle decided on the following approach to scheduling adult National Fixtures:

Information on dates of these competitions will follow in coming days.

A number of clarifications have been sought in relation to the Irish government announcement on Thursday evening. When this outstanding information is received further decisions will be enabled, and communicated to units.

Restrictions in the 26 counties to date have only permitted adult inter county training. It is the intention of the Camogie Association to also run underage inter county championship competitions at under 16 and under 18 age groups when restrictions permit.

From 7th June (subject to the public health situation at the time), games will be permitted across the island of Ireland, ensuring that all camogie players will be able to play and represent their clubs.

A draft fixtures schedule was circulated to units in December and feedback sought. This feedback suggested 2 diametrically opposed preferences: -

• Restrictions in place in both jurisdictions
• Maximizing meaningful games opportunity to all camogie players
• Given the fact that most club activity had ceased in August / September 2020, to consider running the inter county championship directly after the Littlewoods National Leagues would mean that club players would miss out on almost a full year of camogie.
• It is important to provide playing opportunities to as many players as possible at all levels.
• The Camogie Association facilitates 2nd County teams in inter county competitions
• Age eligibility for underage players on adult teams
• The Camogie Association primarily rely on colleagues in GAA for provision of training and playing facilities. There are limited numbers of facilities, particularly floodlit and all weather facilities in the winter months which would be available to camogie club competition while also facilitating competitions in other Gaelic games codes.
• Maintain high profile of camogie activity across the remaining months of the year
• Scheduling of State exams

The approach was outlined by Uachtaran Hilda Breslin at a County Chairs meeting on Friday evening.

"What we hope is the last surge in the Covid pandemic has restricted our options and left us with a very difficult choice. It is not possible to satisfy all of the genuinely held perspectives and interests at once. We have gone with the option that gets most players back on the field as quickly as possible."

"Our clubs are the foundation of our Association. It’s important that there are competitive club matches for as many players as possible this summer. In this way our clubs will be to the fore in revitalising the physical and mental health of young people in communities across Ireland.

"We are also committed to achieving a programme of inter county activity, starting with the Littlewoods National Leagues in May and concluding with the All Ireland Inter County Championship."

"With cooperation at all levels of the game there will be an opportunity for players at all levels and abilities, together with coaches and hopefully in time spectators, to enjoy our unique sport and compete for silverware."

The Camogie Association welcome the lifting of restrictions and are delighted to see members return to training across the island.

We encourage members to continue to follow public health guidelines.

The Camogie Association will continue to work with Governments and government agencies in relation to ongoing supports for their activities at national and unit level in this challenging year.