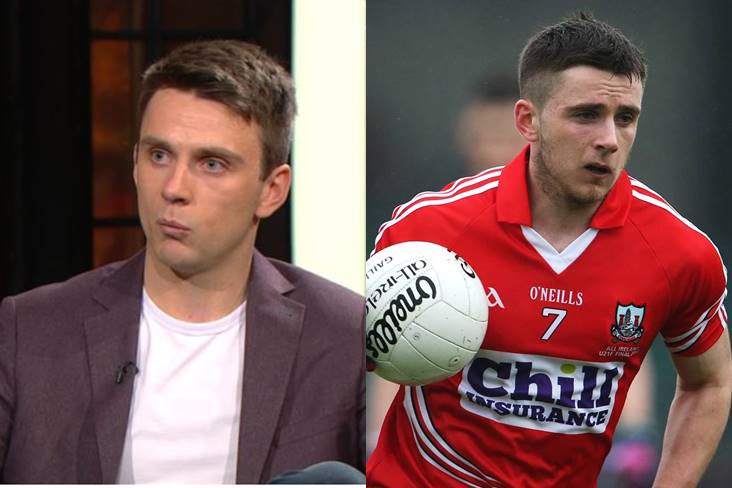 Jamie, who played both football and hurling for the county at minor level, and went on to three Munster U21FC titles, was praised by thousands of people across Twitter for his bravery and courage on last night's show.

His life was changed forever in 2014 when, just three days after he played in a Munster intermediate hurling final against Tipperary, he suffered a serious injury that left him paralysed from his midriff down.

But Jamie hasn't let his physical disability get in the way of his involvement in GAA, now recognised as one of the most astute coaches in hurling, he has guided his club Kilbrittain and college Mary Immaculate to success.

The term a breath of fresh air hasn't been used much the last 13 months @Jamwall7 certainly fits that bill .
Ambitous
Articulate
Focused
Positive
Jamie tweeted he was nervous he certainly didn't come across that way,his enthusiasm is infectious .#LateLateShow #JamieWall pic.twitter.com/WTlab8NwUt

Well done to Jamie Wall. A real clued in guy. Not a bother to him on the big stage. Will continue to be a massive success in whatever he puts his mind to #latelate

Jamie wall is an inspiration. Such positivity and bravery. An amazing role model for all. Thank you for sharing your story @Jamwall7

What an absolute hero Jamie Wall was on the “ Late Late Show”, discussing his life with serious paralysis, as a result of a devastating injury he suffered while playing hurling, when he lost power in both his legs. He has gone through so much and still has a fantastic attitude! pic.twitter.com/Y3yZRz3qXy

What an articulate, intelligent and inspirational young man is Jamie Wall. Cork shouldnt wait too long!

Great credit to Jamie Wall for telling his compelling story on @RTELateLateShow tonight. Nice to see him recognise the role played by the National Rehabilitation Hospital, in #DúnLaoghaire, in his recovery, too.#NRH #RochestownAvenue pic.twitter.com/lF1INX6cKN

Well done Jamie Wall on late late , a inspiration to all pic.twitter.com/wUHKraLxNY

I’ve no doubt nothing is going to stop Jamie Wall in succeeding in his future endeavours. He’s one seriously inspirational fella @RTELateLateShow

Always struck by the level of honesty, awareness & intelligence bestowed by Jamie Wall, whether it’s a documentary by @miclimerick students or on the #LateLateShow. He’s already achieved big things & I expect bigger feats will follow! Every good wish to @Jamwall7.

Jamie Wall is an inspiration to so many, he has gone through so much and still has a fantastic attitudeand outlook. Great interview with him tonight @RTELateLateShow @Jamwall7 👏