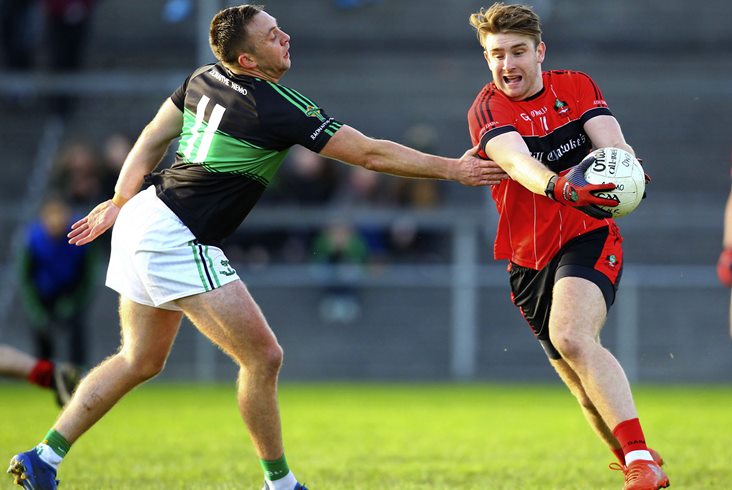 Adare and Ballylanders will contest the Limerick senior football championship final next Sunday after both sides scored victories in their respective semi-finals yesterday.

Having dethroned Newcastle West last Wednesday night, Adare kept up their winning ways with a 1-11 to 0-8 triumph over Galbally.

The 2018 champions hit the ground running with an early goal from Hugh Bourke and led by a commanding 1-7 to 0-1 at the half.

Galbally made inroads in the second-half with points from James Cummins, Ciaran Sheehan and Gary McGarthy but their opponents were home and hosed after the second water break to move into a third final in four years.

Ballylanders await in the decider after recording a 1-12 to 0-9 win against Ballysteen yesterday.

Danny Frewen netted the game’s only goal in the second-half and the late points of Oisin Browne and Kieran O’Callaghan sealed the deal for the 2014 winners.