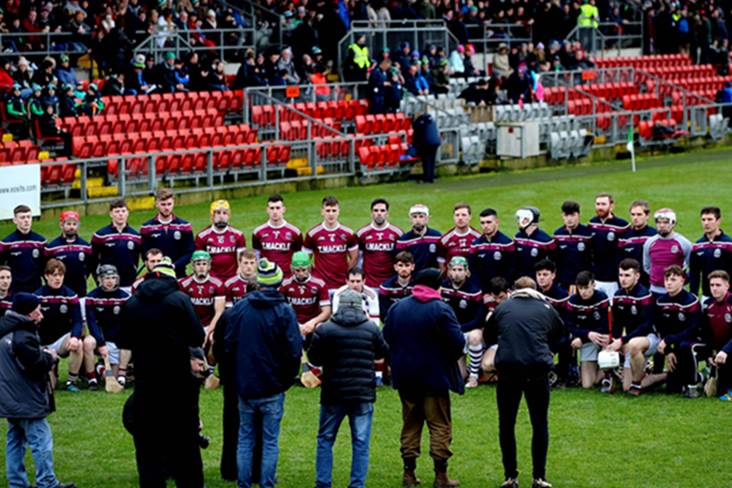 The Slaughtneil team have their photograph taken. ©INPHO/Ryan Byrne.

Slaughtneil continued their dominance of the Derry senior hurling championship as they claimed their eight successive title.

The Robert Emmets club repeated last year's success against Kevin Lynch's in the final at Celtic Park this afternoon.

A closely-fought opening period finished with the sides level on 0-7 each but the Ulster champions seized control of proceedings in the second-half with a run of seven unanswered points.